How long have you been doing Jiu-jitsu for?

I’ve been doing it on and off for 13 years. It is worth adding that before starting jiu-jitsu I had been learning other forms of martial arts for more than 20 years, such as Karate, Aikido and Muay Thai. By way of an anecdote, I was watching a video of Rikson Gracie, who is a worldwide name in jiu-jitsu, and I was captivated by his way of thinking, the life philosophy and above all his way of training, so the next day I signed up to the only jiu-jitsu academy in Valencia

I would like to add that I have also been a student for 10 years and have been a teacher for 3, and that I am currently learning under the legendary Spanish fighter Tito Beltran, founder of the Crazy Team Academy and after 6 months, I won the first FIDAM championship in Spain. For me, he is much more than just a teacher, he has guided me in this sport and to date we are extremely good friends. On the other hand, I also have to thank Ezequiel Zayas of the ASES Academy.

How many training sessions do you do a week?

My training time is split into two; I am a teacher for 2 hours every day from Monday to Friday. And on the other hand, as a competitor, from Monday to Saturday for 5 hours a day split into two parts; in the morning I do two and a half hours of very specific work, which is currently known as Cross Fit, in which outbursts and resistance are worked on a lot. And in the afternoon I do two and a half hours of jiu-jitsu, which I split into 45 minutes of physical activity based on natural gymnastics (a discipline based on the movements of animals) and the remaining 45 minutes I spend practising techniques and combat.

What are the next competitions on your calendar?

I currently have a rather full calendar meaning that both the months of October and November I compete nationally and internationally. My calendar for the next few months is:

Do you have a special reason why you were led to doing jiu-jitsu?

Basically it was curiosity that was the driving force behind me trying out this sport, however I think I have quite a special and different spirit.

Are you attracted to the Japanese culture? And what is it that you like the most?

I have to say, that I have always been fascinated by this culture, I personally think that we should learn a lot from it as it is an example to follow in terms of values of humility, discipline, respect and perseverance.

I do actually really like the food, I’m not just saying that to look good, but sushi is one of my favourite foods, as well as it being a very healthy dish for athletes.

Its quality in terms of its good food and the excellent service on offer. As well as my strong friendship with Gregory Matalon, I consider that our friendship is priceless, it is thanks to him that I am talking with you and dreaming more than ever of obtaining one of my biggest life ambitions as an athlete and teacher.

Here is the list of the results for the Master Middle Weight competitions from the International Brazilian Jiu Jitsu Federation in 2014:

At the moment I rank:

My objective is to rank in 1st position before the end of 2014. I have accumulated quite a lot of points and wins, meaning that I think have a good chance.

Thank you very much. 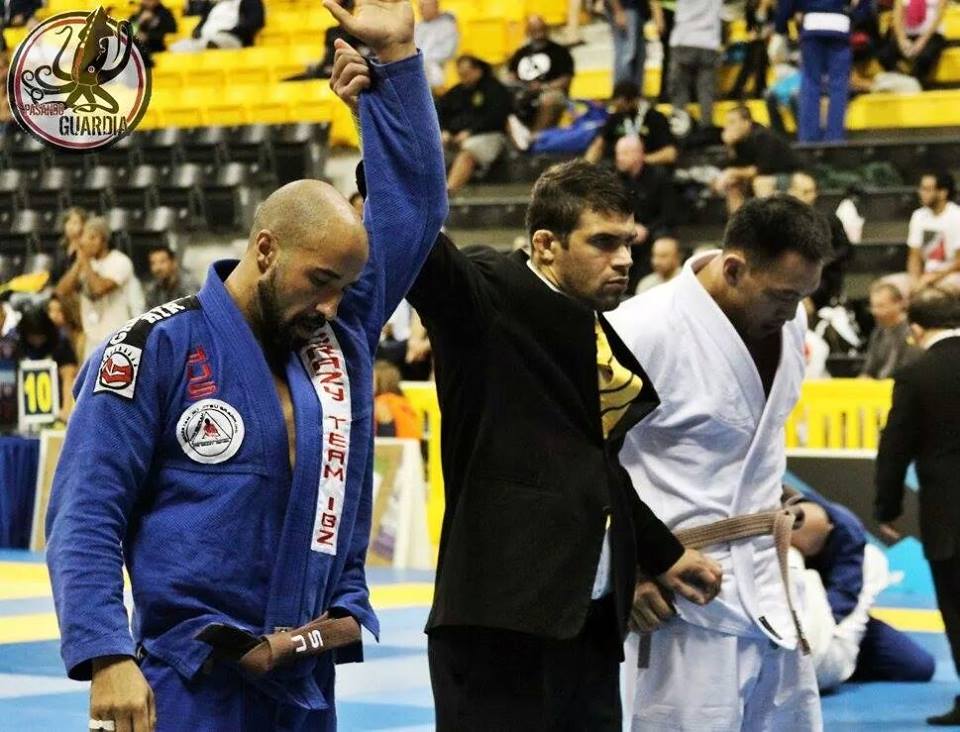